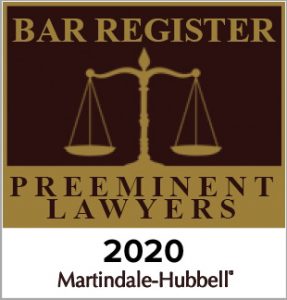 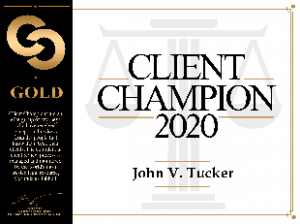 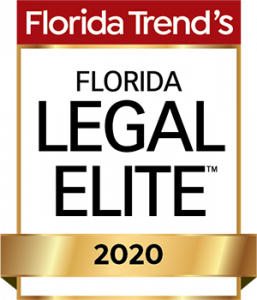 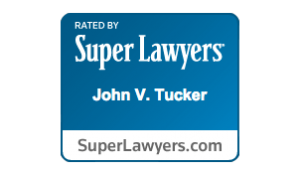 Can I Receive VA Disability Benefits for Agent Orange Exposure?

Throughout the Vietnam Era, the military sprayed millions of gallons of herbicides on trees and vegetation that provided cover for enemy forces. This herbicide is known as Agent Orange. It got its name from the orange stripe found on the storage containers. At different times, other chemicals used – Agent Pink, Agent Green, etc. – but they all came to be known by the catch-all “Agent Orange” and had one chemical and common: Dioxin. Unfortunately, this chemical is toxic and is now connected with certain medical conditions and disabilities. Veterans may be eligible for Agent Orange disability compensation.

What Is Agent Orange Exposure?

Servicemembers who served in the Vietnam War or near the Korean Demilitarized Zone (DMZ) at certain times may have come into contact with Agent Orange.

Now, the United States Department of Veterans Affairs (VA) recognizes that certain conditions (listed below) which you may develop are service-connected disabilities caused by Agent Orange exposure. By proving you were exposed to Agent Orange, you can benefit from a legal presumption that VA offers if you have one of the conditions which VA agrees are related to Agent Orange.  You do not have to independently prove that your military service caused any of these conditions, because the law presumes that it did.

Who Is Eligible to File An Agent Orange Claim?

If you served in Vietnam between 1962 and 1975, the Department of Veterans Affairs presumes that certain conditions which you may develop are service-connected disabilities. They also assume that you have had exposure to Agent Orange. As such, if you develop certain conditions or disabilities, you may qualify to collect VA disability benefits.

To qualify for VA disability benefits for Agent Orange exposure, you must meet the following criteria:

In addition, one of these must be true:

(NEW as of January 1, 2020), you served on a naval vessel that sailed within 12 miles of the coastal waters off Vietnam or Cambodia.

Generally, you need to have had “boots on the ground” in Vietnam to qualify for service-connected compensation related to Agent Orange. However, veterans who served on open sea ships but did not set foot in Vietnam and have an Agent Orange-related disease may still apply for VA disability compensation. These veterans could have been exposed either through transports to the docks in the ports of Vietnam or direct exposure onboard ships.

In addition, the VA has linked certain birth defects, including spina bifida to Agent Orange. This means that qualified dependents may also be eligible to recover Agent Orange disability compensation.

The VA recognizes many diseases caused by Agent Orange exposure. These are called Agent Orange presumptive diseases. Some of those diseases include, but are not limited to the following:

How to File a Claim for Agent Orange Disability Compensation

In order to recover compensation, veterans must file an Agent Orange claim. During the claim process, the VA will check military records to confirm that you had qualifying military service during the time the military used Agent Orange.

When filing a VA claim for Agent Orange disability compensation, it is important to know that you do not need to prove that you were exposed to this toxic chemical in order to receive compensation. The VA presumes contact as long as you served anywhere in Vietnam between 1962 and 1975 either on land or near the waterways.

What If My Disability Is Not an Agent Orange Presumptive Disease?

If you have a condition or illness that is not on the list of Agent Orange-related diseases, you must provide additional medical evidence, usually a doctor’s opinion explaining why the condition is related to your military service. This evidence must show that your disability is related to Agent Orange exposure or something else that occurred in service AND that it began during or became worse due to your military service.

At Tucker Law Group, our VA disability lawyers can help you obtain the benefits you need if your Agent Orange claim was denied. We know you need help after a VA disability claim denial. That is why we work aggressively from the start.

Call us today at (866) 233-5044 to schedule a free consultation to discuss the specifics of your case. Our VA disability lawyers represent veterans all over the United States.

Tucker Law Group
4.8
Based on 63 reviews

Tim Connahey
20:28 23 Aug 21
Great representation!!!First rate in every way.I highly recommend the Tucker law group to any veteran in need of... representation.read more

Sherm Hay
00:31 03 Aug 21
I had to take this time to write about my experience with The Tucker Law Group. When me and my wife set out to find an... attorney, we didn't expect to receive what Mr. Tucker and his law firm was going to do for me and my family. They treated me as if I was his only and most important client. The entire staff was patient with me, and always informed me on what was going on with my case. I now recommend veterans to go with Tucker Law! They treat you like family! It's hard to find people that see you as more than just another customer! Thank you Tucker Law Group for being different and caring!read more

Toni Jordan
17:22 15 Jul 21
I called because I was having a problem with my long term disability insurance, not wanting to pay. I received a phone... call back with in 15 minutes. Explained my situation, attorney told me what I needed to do and send. I did, and with in 2 weeks my disability was approved.These guys are a God Send. I don't know what I would do with out them.Professional, courteous and outstanding.Definitely recommend 5🌟's!read more

Katrina Rosene
19:25 01 Jun 21
I am completely impressed with the personal attention and the lengths that Rebecca Deming and her team went through to... resolve my case. From when I first contacted them, they looked at my medical documentation and started giving me great advice and explained in detail what their approach would be to complete my claim. I have an unusual military-related medical condition and they were able to connect me with one of the best medical specialists in the country who was able to further diagnose my condition and provide documentation on why it was due to military service. Throughout the entire process they kept the lines of communication open and was very clear on what the next steps would be. When the Veterans Administration came back with a ruling I thought was unacceptable, Rebecca Deming was able to see where they made errors in their determination and brought it to the higher level reviewer’s attention. After the VA reviewed the resubmitted paperwork, they actually admitted their error and ruled in my favor. Given the massive amount of paperwork, red tape, and coordination that was required for my claim, I know I would not have been able to receive the results I did if I went on my own. They are experts in VA claims, they know all aspects of the process, and they always let me know where we were in the process. I am grateful for their assistance and highly recommend them for anyone who is seeking to receive just compensation for medical issues relating to military service. Thank you so much!Katrina Roseneread more

Lewis Goodwill
20:24 26 May 21
I can always contact them with a guestion and they are very helpful. Thanks Tucker Law Group

william white
14:10 26 Apr 21
I contacted the Tucker Law Group a little over a year ago. They are the 3rd law firm I've used since my claim in... 2013. Rebbecca Demming and her team have already gotten me a 70% rating on just one of my appeals.They are still working very hard on my other appeals.I very highly recommend this firm to anyone that needs help with the VA. I trust this firm 100%.William WhiteUSMCread more

john pike
19:57 15 Jan 21
As the year ends I'm looking back on positives for the year and contacting Tucker Law Group was one of the positives in... 2020 for myself. The entire staff from the receptionist Julie to the assistants of Bill , Taylor and Victoria have treated me with the utmost respect professionalism and courtesy anyone deserves when you're going through a difficult time as I have. Thank you Bill Demass for getting me what I deserve and thank you to your beautiful staff who deserves a Christmas bonus and a raise. Tens across-the-board!!!!⭐⭐⭐⭐⭐ a much-deserved five star review.read more

Rodney D Street
21:07 22 Dec 20
Mr. Tucker, John and his team were fantastic over the last couple of years. They took my case where most other Law... firms wanted nothing to do with it. There are only a few law firms nationwide that deal with cases like mine (ERISA). The Tucker firm was great at keeping me in the loop as things were happening and sent me notices anytime there was any action in my case. All documents were easily accessed with a portal that they use as well as secure communication on the portal. Dana kept me well informed on all matters, was kind and very patient working with me on items I needed to deliver. The tucker firm worked hard on my case and helped me get a very reasonable settlement that I would have never gotten without them.Rodney Sread more
Next Reviews