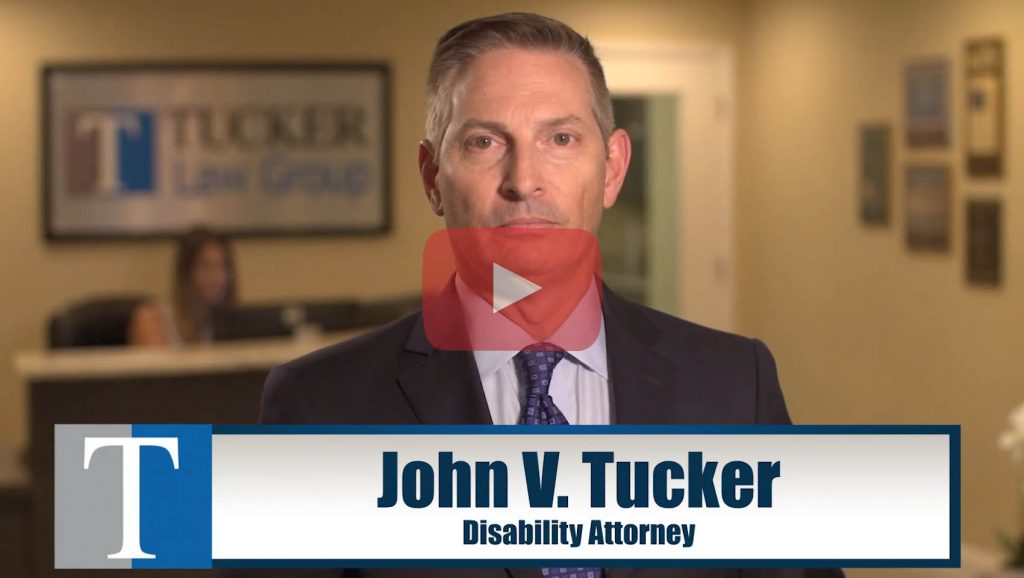 Throughout his 30-year career, disability attorney John V. Tucker has established a reputation for providing top-notch representation for individuals filing for disability benefits and insurance claims. Mr. Tucker leads a dedicated legal team with more than 40 years of combined experience helping individuals from all walks of life get the insurance or government benefits they deserve.

Mr. Tucker has represented thousands of people throughout Florida and the United States. He continues to fight for clients across the country handling claims, litigation, and appeals related to:

Learn how Tucker Law Group can help you. Schedule a free consultation to discuss your case with Mr. Tucker and his legal team. 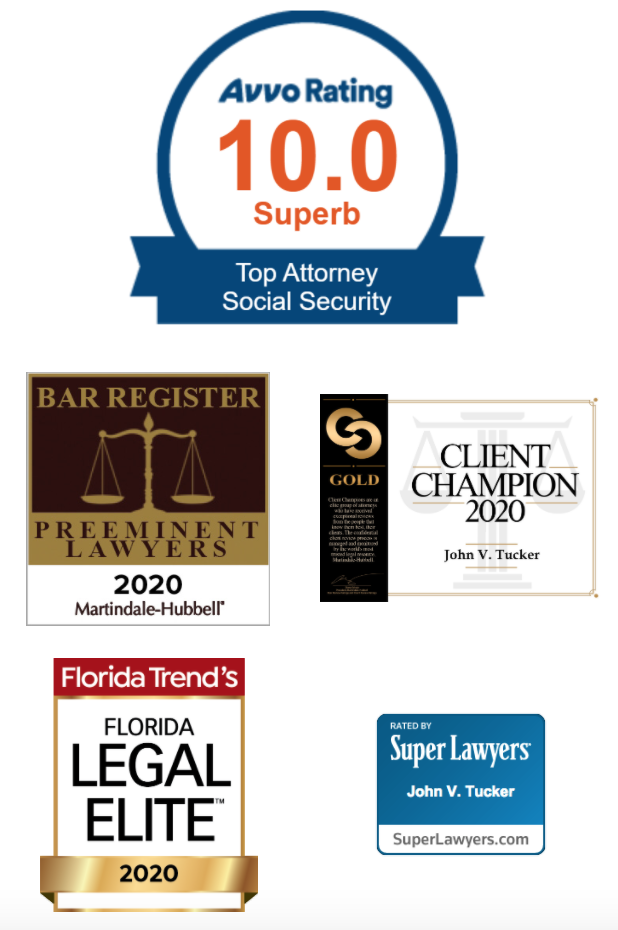 In Mr. Tucker’s long-standing career, he has received several awards and ratings. Below, we highlight his recent ratings and awards.

Tucker Law Group’s 5-star reviews and client testimonials speak for Mr. Tucker and his team’s record of success. You can find reviews for Mr. Tucker on Google, Yelp and Facebook.

“Mr. Tucker, John and his team were fantastic over the last couple of years. They took my case where most other Law firms wanted nothing to do with it.“

Mr. Tucker is admitted to practice before all state courts of Florida, as well as the Middle, Northern, and Southern U.S. District Courts of Florida. He is also admitted to practice before the Eleventh Circuit Court of Appeals and the United States Court of Appeals for Veterans Claims in Washington, D.C. When working on a case in another area of the country, he will obtain admission to the local court pro hac vice for the purpose of handling a specific case.

John Tucker currently serves on the Board of Directors for the St. Petersburg Free Clinic. In the past, he served multiple years on the Boards for the following organizations:

His community leadership also includes serving in the following organizations:

Additionally, Mr. Tucker and the firm pledge to award two biannual scholarships to the community.

If you are concerned about your disability claim or if you have had a claim denied, John V. Tucker and his team can help. We deliver excellent client service, and there are no upfront legal fees. To schedule a free consultation with an experienced attorney to discuss your disability insurance, ERISA or VA disability claim, call us toll-free at (866) 233-5044 or contact our office online.