Sleep Apnea is a very complex medical issue that impacts many military veterans.  Unfortunately, it is not simple to prove that sleep apnea is related to your military service, and the VA denies many sleep apnea claims for service-connected disability compensation.  Any veteran pursuit a sleep apnea VA disability claim should be ready for the “long-game” when trying to prove to the VA that their sleep apena is service-connected.

What is Sleep Apnea?

Sleep apnea is a chronic disorder in which the person temporarily stops breathing or takes shallow breaths while they are asleep.  These pauses in breathing can last until the person’s brain becomes desperate for oxygen that they are jolted awake, gasping for air often after making a snorting or choking sound. 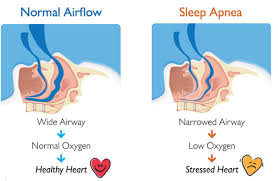 According to VA’s Schedule of Ratings, there are 3 types of Sleep Apnea: “Obstructive”, “Central”, and “Mixed”.  In “Obstructive” sleep apnea (the most common type) the airway collapses or becomes blocked during sleep. The loud snoring sound that is often associated with sleep apnea is caused by the small amount of air that manages to pass the blockage.  In “central sleep apnea,” the area of the brain that controls breathing doesn’t send the correct signals to the breathing muscles. This type of sleep apnea can affect anyone but, it is most common in people who suffer from heart conditions/ stroke or in people who are on certain medications like opioids.  The “Mix” can occur when “Obstructive” and “Central” Sleep Apnea happen simultaneously.

If left untreated, sleep apnea can increase the risk of heart failure, heart attack, stroke, high blood pressure, obesity, diabetes, migraine head-aches and fatigue-related or driving accidents.  If that wasn’t enough, sleep apnea can create irregular heart-beats (arrhythmias). Symptoms range from feeling tired all day or dozing off during activities to drastic personality changes such as irritability, anxiety, or depression.

In order to be awarded disability compensation, sleep apnea must be connected to a veteran’s military service. There are two paths one can take to service connection: Direct or Secondary.  In this article, we will discuss Direct Service Connection.

It is more than a current problem – There are three things to prove to show service-connection:

It is a common and often frustrating misconception that veterans believe because they have been diagnosed with sleep apnea and wear a CPAP while sleeping, they are automatically entitled to a 50% compensation rating from VA.  While this belief may be well-founded, VA requires us to take a few more steps.  In order to be awarded VA compensation for any disability, veterans must show that is related to their service. To show direct service connection, veterans must prove (through medical and sometimes lay evidence) the following criteria:

The nexus – or connection – can be the hardest part:

Perhaps the most common proof that veterans find themselves missing is the medical evidence of a link or nexus between the in-service event and the current disability.  A medical professional is needed to give an opinion, sometimes called a “nexus statement”, linking what occurred in service as the cause of the current condition.  However, Sleep Apnea can be difficult for doctors to detect without an actual sleep study. In fact, VA requires a sleep study in order to confirm a diagnosis of Sleep Apnea.

If a veteran has not had a sleep study and therefore does not have any medical records from service that diagnose him/ her with Sleep Apnea, strong lay evidence, like buddy statements from old barracks or ship’s birthing roommates or even someone who slept near the veteran during their time in service, can set the groundwork for a veteran’s service-connected sleep apnea claim.  These statements should mention where the veteran and the “buddy” served during their time in the military and which symptoms of sleep apnea the “buddy” remembers the veteran having.  It may be even more difficult to detect if the veteran does not actually know they have the disorder.  Put it this way, if you don’t share your bedroom or housing situation with someone who can tell you that you are snoring/ choking during sleep, you might not know about it.

If you are a veteran suffering from Sleep Apnea and VA has denied your disability claim, you may still eligible for disability compensation.  Call us to speak to one of our experienced Veterans Disability attorneys.  Consultations are free.  We handle claims nationwide, and you can reach us toll-free from anywhere in the USA at (866) 233-5044.

Thanks to Kyle Short, a veteran of the USMC and 3L at Stetson University College of Law for his contributions to this article.

Hiring a Lawyer for Your VA Disability Appeal
What Happens When a Veteran Dies Before VA Decides the Vet’s Service-Connected Disability Claim?
How to Get a 100% Disability Rating From the VA for PTSD
The VA TDIU Approval Rate and Claim Appeal Options
© 2021 Tucker Law Group